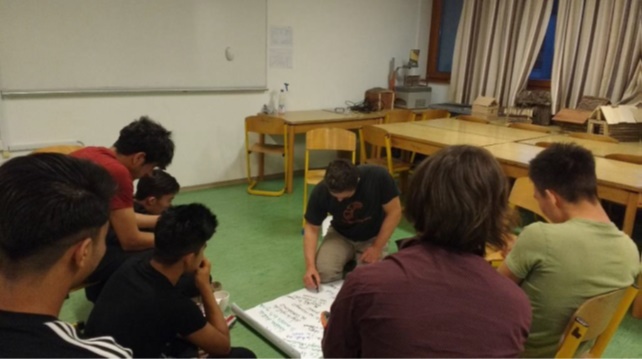 A short report form the experience in Slovenia, through FORUM partner Slovenska Filantropija

The focus group was attended by seven children, all boys from 14 to 17 years of age, 6 from Afghanistan and one from Morocco.
The boys who were participating in the session were not too fond of foster care, though their opinion might have been influenced by their experience of living in the student dormitory during the last year. A couple of them shared their concern that families would want to raise them like their own children and would not have enough consideration for the intercultural differences; one boy said that it could help if unaccompanied children first lived in the institution some time, so they could learn about the new culture and their foster parents could come and visit them there. Another boy said that he would be afraid of all the rules the family would impose on them and all of them agreed that foster parenting might be ok for children under 15 or girls, in need of much protection.

Asked about the preferred ethnic background of the foster family, they all agreed that a Slovenian family would have been better as they can learn Slovene faster and integration would be facilitated.
They stressed that in their opinion it would be best if unaccompanied children over 14 lived by themselves in a group of four or five in one apartment with the support of mentors, educators/social workers and guardians. They feel that the fact that they came by themselves from a faraway country, went through all kinds of severe challenges on their way to Slovenia proves that they can live alone.
In the session it was obvious that the boys are craving for more independency and a life without so many rules but it is important to take into consideration that this is also very much connected with them being teenagers.